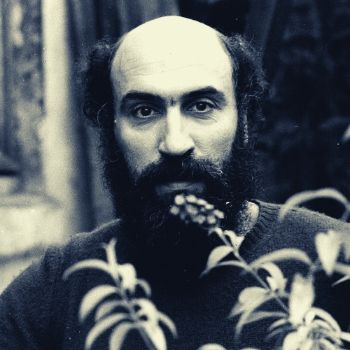 Pierre Manoli was born in Cairo in November 1927 to a family of doctors, art enthusiasts and musicians. After he first studied fine arts at the Ecole Supérieure des Beaux-Arts in Cairo, the artist settled in France. From 1950 to 1957, he became a student at the Ecole Nationale des Arts Décoratifs, and then at the Ecole des Beaux-Arts. There he was taught by such famous names as Despierre, Saint-Saëns, Cavaillès and Robert Couturier. During that period, Manoli would work mostly with clay and plaster.

As soon as 1956, motion became an important part of his research. Starting from their anchor point, motion brings his sculptures to life - dancers and acrobats come alive, their slender figures drifting silently. Newspapers praised his work «Trapézistes» featured at the 1958 Salon d'Automne. Some compared him to Despiau. His first successes convinced him to delve further into his research.  He then started sourcing and collecting raw materials from junkyards, DIY stores and even his own kitchen - making them his "treasures". By breaking them apart or duplicating them, singling them out or welding them together in majestic creations, he transfigured those common items.

His first encounter with the Fire dates back to the early Sixties. Using his blowtorch, he paved the way with his drawings on floor tiles and brass and steel sheets. Scorched by the flame, the surface appears rainbow-coloured, darker, or shines with a golden radiance. Depending on whether the light is absorbed or reflected, all sorts of shades appear. In 1962, Manoli pioneered the creation of sculptures made of molten metal directly poured into water. By bringing the fusion to a stop so suddenly, this technique gives birth to twisted shapes, reminiscent of animal or vegetal features. Manoli's greatest discovery, though, lies in the pieces he made with the blowtorch from molten granite. From the rock, deep-black figures with rugged shapes emerged - birds and suns came out of the granite that liquefied and turned to stone again.

The human figure, the fauna and the flora, the symbols and archetypes - those are the themes his work developed upon. The alliance of forms and forces makes for a powerful vision spanning from visual symbols to their lyrical and oneiric counterparts. Over fifty years, Manoli refined his patterns, themes and techniques in many ways. He also created a variety of monumental pieces : «Cheminée», a stainless steel monument at the Pierre and Marie Curie University in Jussieu, Paris (1976), « Couple de chevaux » at the riding school in Dinard (1982), «la Grande Voile» at the Montparnasse train station in Paris (1992), «Fontaine de Vie» in Chantepie (1995), the liturgical furniture of the Saint-Corentin Cathedral in Quimper (1999)...

Since 1958, Manoli's work has been featured in solo and group exhibitions in Europe and the United States. In 1990, he was awarded the Florence Gould Award at the Grand Prix International d’Art Contemporain in Monaco. The artist passed away in 2001.

The Departement's collection of Manoli's works puts forward the artist's talent as a master of traditionnal techniques, as well as an inventor of new ones.